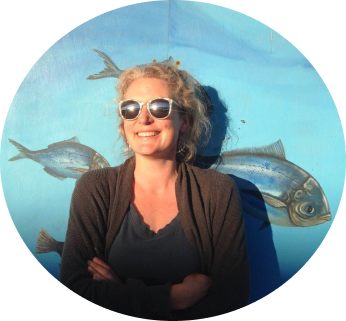 A vision for Donald's Creek

Students from St Teresa’s School in Featherston have learnt to monitor the health of a local stream and developed a plan to protect and enhance its plant and insect life as part of becoming guardians of the unique lakes, wetlands and waterways of Wairarapa Moana.

Donald’s Stream is a tributary waterway of the Wairarapa Moana Wetlands between SH2 and SH53. Like many waterways in New Zealand, a bit of close observation tells us a lot and this was certainly the case for the children in Takitimu class at St Teresa’s School.

In term one in 2016, the class took part in the Whitebait Connection programme, delivered by Mountains to Sea Wellington, and supported by Greater Wellington Regional Council on behalf of the Wairarapa Moana Wetlands Project. During the programme the class investigated the issues facing their catchment, waterways and Wairarapa Moana, and spent time investigating their local environment.

After taking part in the programme the class developed a vision for what the nearby Donald Stream area could become with a bit of restoration and guardianship. It included a picnic area with bins, the right trees to attract native birds, clear water in the stream and healthy biodiversity with plants, insects and fish and even an “eel hotel”.

In addition to the support Greater Wellington provide for the programme, the school won a Bayer Science Award that enabled them to buy monitoring equipment and plants for replanting.

Plans and gear in place, they got down to the serious task of using their new tools to monitor the health of Donald's Creek.

The students check for water temperature and clarity, numbers and size of macro-invertebrates and the type of plant life in and around the water.

With their newly acquired skills telling them the stream could use their help, the students in the class also worked on their own planting plans.

“…The plants create shade…that helps the other life in the stream and helps clean the water…the right kind of plants can do heaps!” – Fletcher Carrig, 11

The students will begin planting in the new year and keep monitoring the stream throughout 2017. Greater Wellington has engaged Enviroschools to help St Teresa’s ongoing restoration of Donald’s Stream.

As well as encouraging budding young scientists the programme is creating a sense of curiosity and respect for the waterways and their relationship to Wairarapa Moana Wetlands in general.

“The students in Takitimu have been really engaged in the Donald’s Stream monitoring and restoration project. Throughout the year the students have studied eel and fish habitats. This has made students aware of adaptations needed for the stream and the banks, to encourage aquatic creatures to inhabit this section of the Donald’s Stream. The students understanding about what a healthy stream needs has enabled them to develop a clear vision of how they want to plant the area, and what they want it to eventually look like. Now that the plans have been made, the students are itching to get their hands dirty and start planting.” - Liz Lark, teacher

Find out more about the Donald's Creek restoration project on their website.

Zoe
Studd
Co- Founder/Executive Director
An ex-teacher and force of nature who found her passions lay in teaching outside of the classroom. Zoe is an ideas person who loves innovation and embodies the phrase “giving things a go”.
For more of everything Mountains to Sea, follow us on social media!