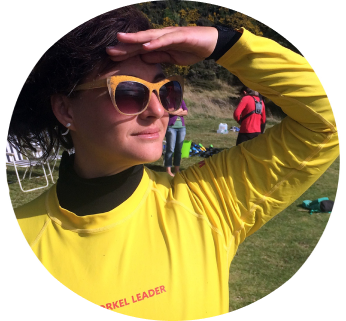 Wellington East Girls College Year 13 Biology students are scientists making big discoveries and building big action plans! Through their NCEA assessments in 2018, they have been studying the Kaiwharawhara Stream, investigating how changes in the physical characteristics of the waterway are impacting the native fish and invertebrates. Now they are turning science into restoration!

They were interested in one site especially, a small tributary of the Kaiwharawhara where it flows from Johnston's Hill in Karori, through the Karori Cemetery and out into the main arm of the Kaiwharawhara at Otari Wilton Bush. Wellington City Council, as a part of the Sanctuary to Sea Project, have recently been working with Fish and Wildlife Services Ltd to restore fish passageway throughout the Kaiwharawhara catchment, so migratory galaxiids (our whitebait species!) can swim upstream to find good habitat to live in as adults. This Karori Cemetery section of the stream was one area where fish passageway was blocked by a large perched culvert, but has recently been fixed with ropes that eels and galaxiids can climb. The council were very keen to find out if fish can now get past the barrier and what is living upstream.

So the WEGC scientists were called to the job! What did they discover? A significant population of banded kokopu and a long fin eel, who have made this section of the Kaiwharawhara their home. But this was not a perfect home for these fish to live. There are contaminants and rubbish from stormwater getting into the stream, and erosion problems thanks to the invasive pest plant tradescantia, which is killing off lots of the riparian plants that hold the banks of the stream together.

So the girls have gone next level, and are working with Mountains to Sea Wellington, Wellington City Council, Port Nicholson Block Settlement Trust, Sanctuary to Sea and Conservation Volunteers NZ to build a restoration plan. This will outline the actions going to take over the next few years, to work toward creating a healthy stream where fish and eels can live without harm.

The plan will be focusing on rubbish and pest plant removal, planting of native seedlings in the riparian zone, and ongoing care for these plants as they grow. Work has already begun, thanks to the Boy Scouts of New Zealand putting in some volunteer time, removing 10m3 of pest plants and 40L of rubbish from the site. Keep watching this space as our restorations progress and get in touch if you'd like to come join us on our next action day.

Liz
Gibson
Freshwater Manager
A powerhouse in freshwater conservation and a driving force within WBC. Always both a teacher and student, Liz leads the way for so much meaningful mahi within both education and community spaces.
For more of everything Mountains to Sea, follow us on social media!