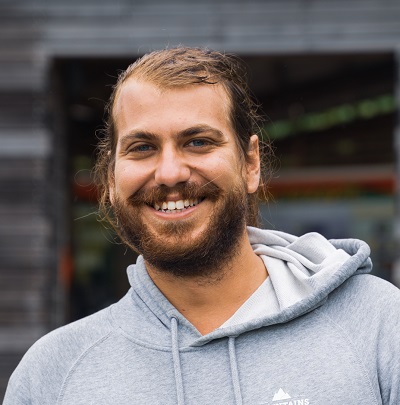 Te Awa Iti, meaning 'little stream' in te reo Māori, is a freshwater restoration project created by the Ngake class from Natone Park School in Bothamley Park, Waitangirua, Porirua. Mountains to Sea Wellington have supported the students to explore the life in it and develop a restoration plan.

The students have been supported to be guardians of the Kenepuru Stream tributary, Te Awa Iti, through the Healthy Harbours Porirua programme delivered by Mountains to Sea Wellington. Here's what that looked like.

Starting in the classroom

After their first introduction to marine ecosystems through our Healthy Harbours programme, the budding ecowarriors took part in The Whitebait Connection programme, introducing them to the freshwater ecosystems in their area. The freshwater education programme involves classroom presentations about local freshwater waterways and covers ecology and biodiversity with a focus on whitebait. The kids participated in games like 'Who dirtied the harbour' to learn about humanimpacts on freshwater ecosystems. They created flow charts to link human impacts to solutions, and then drew their vision for the park and what they believe a healthy ecosystem should look like.

After the classroom work, students went on field trips to streams and rivers around their local area and Mountains to Sea staff help them through some experiments and monitoring activities to show them how scientists check waterway health.

Using the data gathered from these activities, students decided what they biggest threat to the waterway is – and in the case of Te Awa Iti, a tributary of Kenepuru Stream, it was rubbish. Mountains to Sea Wellington Programme Coordinator Jorge Jimenez said the students decided to try and solve the problem by doing monthly rubbish clean ups.

The students were so excited to jump into the mud and start cleaning up that they almost forgot to put on their safety gear before diving in. They collected 355 pieces of rubbish in the first month, which translates to about 200 litres of rubbish. Amongst the rubbish they found, it was heartbreaking to find a motorbike and car parts, and even a petrol can! These objects contain materials that are terrible for the water quality of the stream and can cause blockages to the water flow.

“We found pretty much a whole car; we found four tyres, we found a car door and a car bumper” - Jorge Jimenez, Programme Coordinator, Mountains to Sea Wellington

After seeing how much impact they had with the clean-ups, the students decided to start doing audits alongside it, so they could have data to show for their work. After completing eight clean-ups, and with facts behind their actions, they reached out to the Greater Wellington Regional Council for more resources and support to increase their impact. They began collecting and counting rubbish with extra hands from Conservation Volunteers New Zealand.

Thanks to the extra help, or perhaps the heavy rain during the previous days, the students collected a new high of 531 rubbish items from the stream and its banks.

The students also reached out to Porirua City Council to help with disposing of the rubbish collected. Then they have also been working with Sustainable Coastlines to plant trees along the newly restored areas.

The amazing work and environmental restoration these students have been doing was heard far and wide; Including by the creators of Te Papa's Te Taiao Nature exhibition. In May 2019, these students were featured in a three minute video about their project in the Kaitiaki community groups section of the exhibition.

The students are continuing to work on other ideas to make Te Awa Iti a healthier place for the fauna and flora found in the area, starting with asking Porirua City Council to install rubbish bins along the Bothamley Park pathways. The momentum left by the kids who started this project has left an amazing legacy for younger kids coming through Natone Park School to continue being guardians for their local freshwater ecosystems.

Jorge
Jimenez
Project Manager - Marine
Calm and collected, whatever the situation, Jorge remains the coolest of cucumbers. Bringing a seemingly endless dedication and an easy-going charm to all the work he does.
For more of everything Mountains to Sea, follow us on social media!